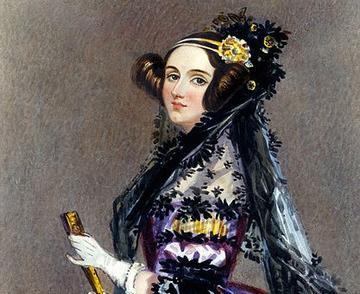 As part of the celebrations of the 200th anniversary of the birth of computer visionary Ada Lovelace, the Oxford e-Research Centre will host a one-day Ada Lovelace ‘Music and Machines’ event, followed by a presentation/performance at the Ada Lovelace Symposium on 9-10 December 2015.

The Oxford e-Research centre is looking for your contributions –  music demos, whether generated, recorded, live, interactive, visualisation or app, with an explanatory short paper. Creativity is strongly encouraged, and there is only one rule: there needs to be an Ada Lovelace connection; see the quotation and provocations below  as guidelines.

Deadline for submissions is 1st September 2015 – successful applicants will be invited to a one day workshop in London, which will be used to prepare a presentation/performance on 10 December 2015 in Oxford.

[The Analytical Engine] might act upon other things besides number, were objects found whose mutual fundamental relations could be expressed by those of the abstract science of operations, and which should be also susceptible of adaptations to the action of the operating notation and mechanism of the engine… Supposing, for instance, that the fundamental relations of pitched sounds in the science of harmony and of musical  composition were susceptible of such expression and adaptations, the engine might compose elaborate and scientific pieces of music of any degree of complexity or extent.