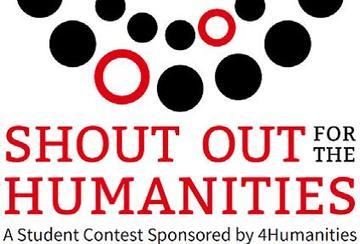 SANTA BARBARA, CA -- October 26, 2015 -- "Why are the humanities--e.g., the study of history, literature, languages, philosophy, art history, media history, and culture--important to you? To society?" These are questions that a new prize contest asks college students from around the world to answer in response to the recent drumbeat of pessimism about studying the humanities.

Sponsored by 4Humanities.org (a grass roots organization started in the United States, Canada, and England), the contest encourages students to be creative in making high-impact projects in any medium or format for a public audience--for example: short essays, videos, digital works, posters, cartoons, songs, art works, short stories, Instagram campaigns, or interviews. Prizes of $1000, $700, and $300 are offered in each of the categories of undergraduate and graduate students, with submissions due March 1, 2016.

"I remember how hard it was for me in the 1970s to tell my engineer dad that I was going to be an English major," said 4Humanities.org co-leader Professor Alan Liu of the University of California, Santa Barbara, who had the idea for the contest. "Today after the Great Recession, it's even harder to have such conversations. I hope young people today, no matter what career they want, will be willing to speak up to parents, employers, and politicians about why great societies also need great humanities, and why they personally value the humanities."

A distinguished panel of university, business, creative industry, and foundation leaders will serve as judges, including:

• Jonathan Schmidt-Swartz (Student; Founder and Director of StuHum, Student Advocates for the Future of the Humanities)

The contest web site at 4humanities.org/contest includes submission guidelines, a "contest kit" with resources and tools for students to use, and a call for university and community leaders to host a "creativity workshop" in their area to incubate student submissions (which will be featured on the 4Humanities.org web site).

Started in 2010 by concerned scholars in several nations in the U.S., Canada, and U.K., 4Humanities.org is an international initiative whose scholars, students, and others work on advocacy for the humanities backed up by research on public perceptions and discussion of the humanities. It is backed in particular by scholars working in the "digital humanities" who feel that today's digital and networked media offer promising new ways to enhance the public understanding of the humanities and also to infuse the humanities themselves with fresh currents of thought and interest from the public.