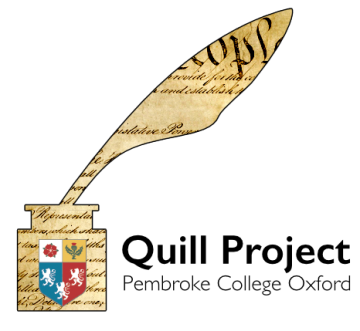 This project aims to become the definitive source available for the study of the origins of the text of the Constitution of the United States and, subsequently, state constitutions.  It will transform access to the founding documents of American constitutional law, by making available to a wider audience newly accurate and useful versions of the records of the Constitution’s creation.  It will promote a new approach to the study of foundational, negotiated, legal texts and establish a software platform, Quill, that will have a significance for the study of a wide range of records.

The first phase involved the design and writing of a new database system that models committee work.  With the advice of colleagues at IT services and Google, the basic platform was designed in 2014-5.  With the help of a post-doc from the OeRC, work in 2015-6 built a web-based front end to the editing interface for researchers, timeline presentation, and some initial visualizations.  The platform was launched to the public in October 2016.

Work in coming years will allow for new editions of the underlying source material, as well as the creation of the legal and historical commentaries that this platform is designed to facilitate as a primary objective, together with educational material.  Material relating to the American State Constitutions (there have been 135 since 1776) will be developed in conjunction with colleagues at other institutions.

We are also working with non-profit foundations to help integrate the material we present in to the school curriculum.

The platform has been written to cope with all of the problems presented by the specific manuscript material relating to 1787, but is intended to have wider applications, and in that sense is intended as a generalized tool for the study of all formally negotiated documents of this character.