A Workflow for Online and Printed Catalogues of Compositions: Technical Approach and Conceptual Challenges 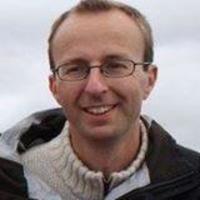 In 2014, the Danish Centre for Music Editing (DCM) published the first ever thematic-bibliographic catalogue of Carl Nielsen's (1865-1931) works. The catalogue is primarily an online resource, based on MEI (Music Encoding Initiative) XML metadata, but it also appeared in print in April 2016. Currently a number of other catalogues are in preparation, using the same tools and workflows. In this seminar I will explain the framework for the production of these catalogues, including the metadata editor MerMEId developed by DCM.

Depending on the interest of the audience, I may also discuss some of the general intricacies of such catalogues. Like most composers, Nielsen re-arranged and re-used his compositions or parts of compositions in various contexts; others were left unfinished, making it difficult to make a clear distinction between 'works', 'versions', and 'not works'. Some of the challenging cases and how they are treated in the Nielsen catalogue may be presented.

Axel Geertinger, PhD, is a Senior Researcher at the Danish Centre for Music Editing, located at The Royal Library in Copenhagen. He has been Head of the centre since 2012 and elected member of the Music Encoding Initiative's Board since 2014. Axel Geertinger studied engineering and musicology and earned his PhD in musicology from the University of Copenhagen.

This seminar is open to all and will start at 2.00pm in the Oxford e-Research Centre Access Grid room (room 277)- access available via 7 Keble Road.

Coffee and Cakes will be made available.